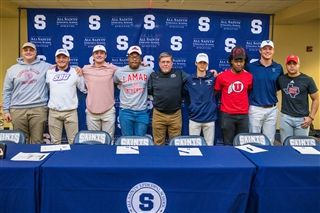 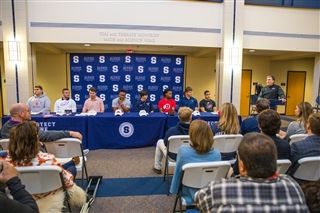 2/6/2020
All Saints' celebrated eight student athletes this morning who committed to play athletics at the collegiate level. These eight join the five students who signed their letters of intent in November.  Please join us in congratulating these seniors on their success in the classroom and on the field.